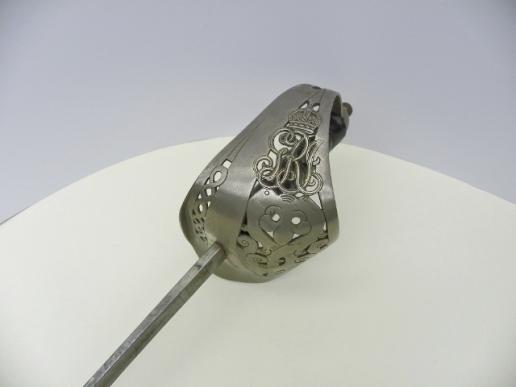 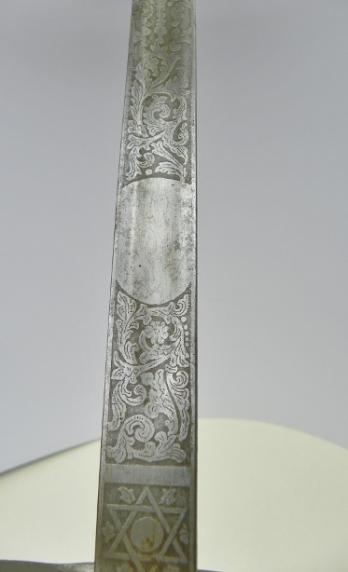 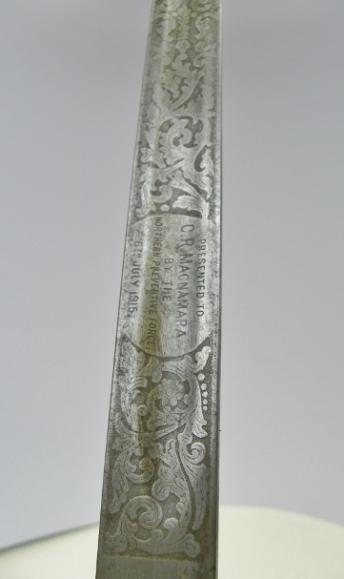 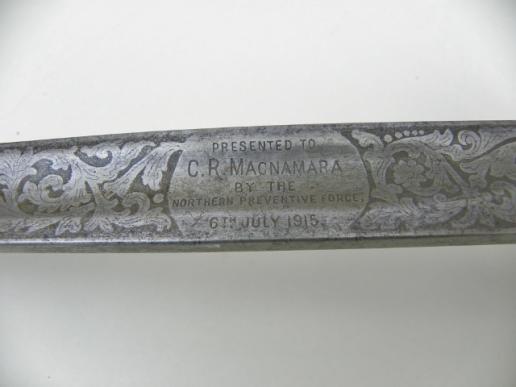 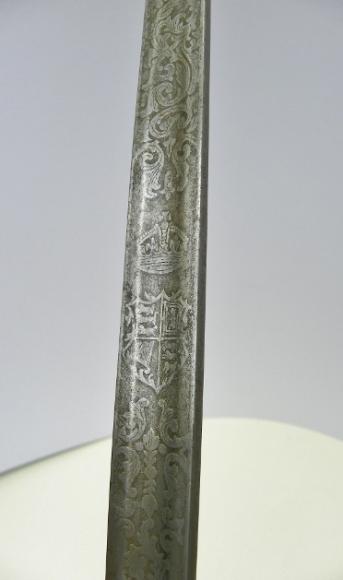 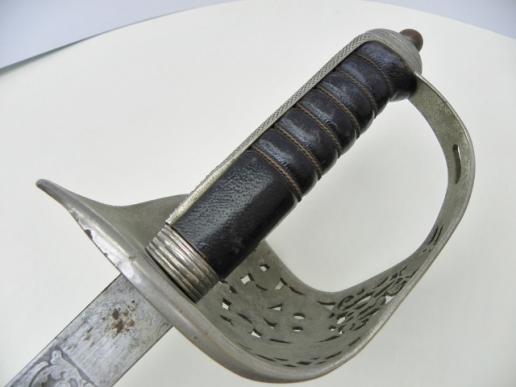 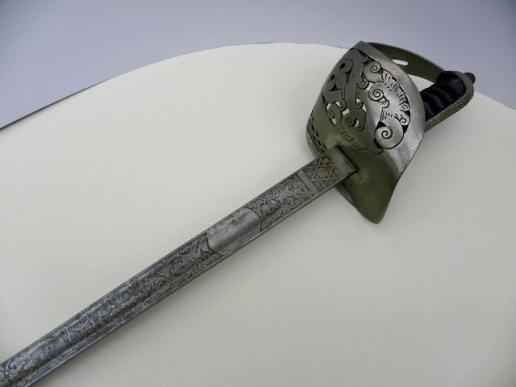 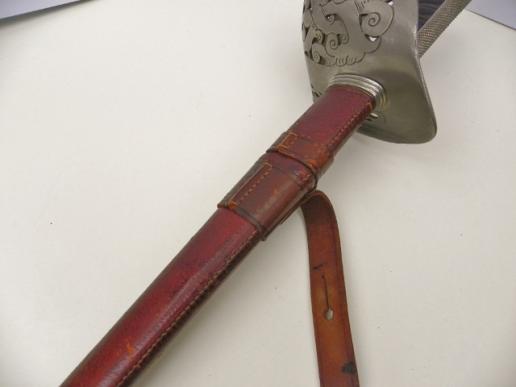 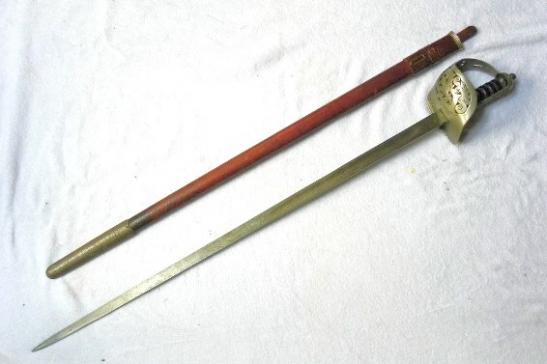 A very interesting WW1 era infantry officer’s sword and scabbard, the sword its self is the normal 1897 pattern sword with the George V cypher and brown leather covered scabbard, the blade is clean free from any pitting or bloom and very nicely etched with the usual infantry horn and kings crown etc, what makes this one just a little different from most is that it has an engraved dedication on one side of the blade, this reads ‘--------------------------------‘.
Charles Rowland Macnamara was a captain with the Royal Dublin Fusiliers, he got his commision as a 2nd lieutenant in 1910 and rose to the rank of captain before the outbreak of the first world war, before seeing any service overseas, he was an officer with the Northern Protective force based in Dublin to help ease the tension and to protect the Unionists during the start of the troubles ignited by the tthird home rule bill of 1914. Weather Captain Macnamara was serving in Ireland during the Easter uprising, I cannot confirm, however he did later see service overseas and he is only entitled to the WW1 pair and silver war Badge, so it is possible that he didn’t arrive in France after 1916.
The sword itself is in very good condition, the basket type hand guard is a little depressed on one side, this is not really noticeable, (please see pictures) but I still think it is worth a mention.
A very interesting man that needs further research and a rare dedication on his sword, presented to him by his loyal troop, it comes with a copy of his medal index card, SWB roll and London gazette entry for his commission in 1910.