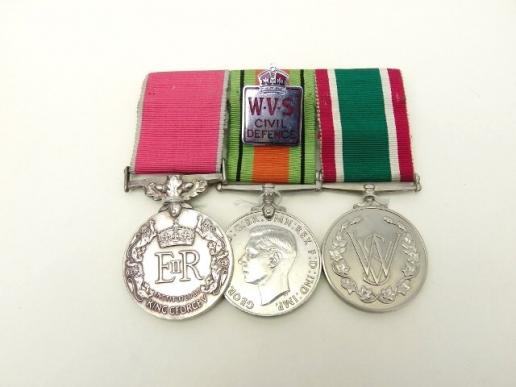 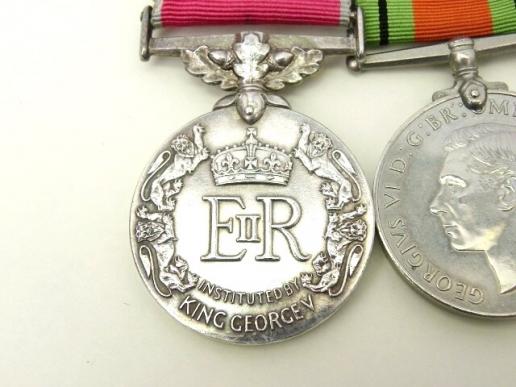 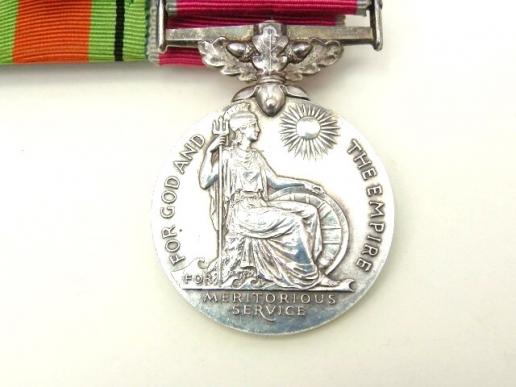 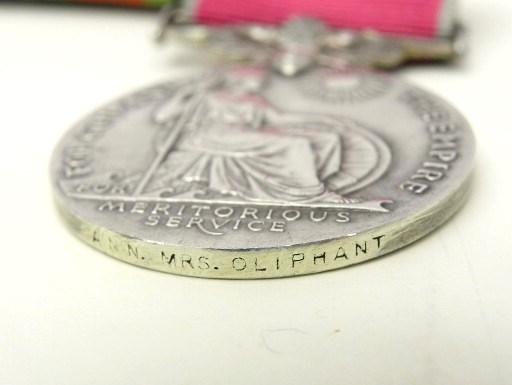 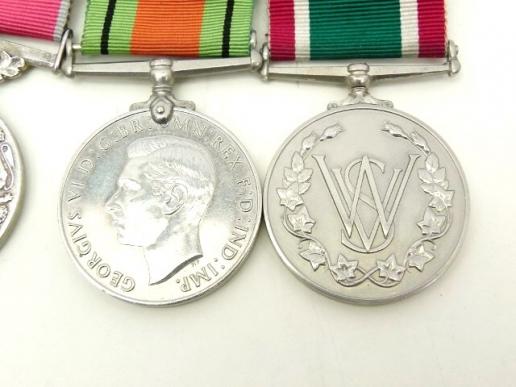 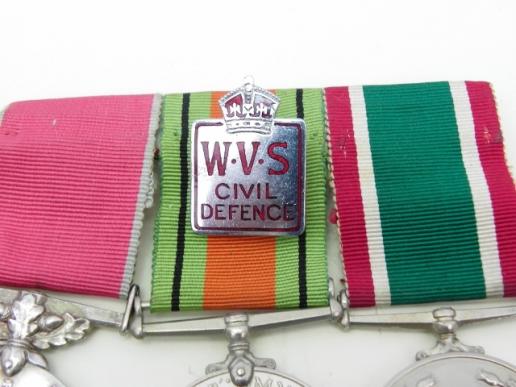 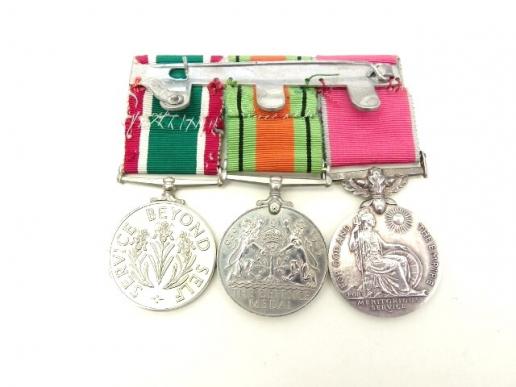 A scarce group of three awarded to Mrs Ann Oliphant for her service in the Women’s Voluntary Service during the Second World War and after. The group is comprised of the QEII British Empire Medal, this is named to Ann Mrs Oliphant, the naming looks worn as someone has tried to erase the naming but haven’t done a very good job as the naming is still very visible, please see pictures; the WW2 defence medal and the Women’s Voluntary Service, Long Service Medal.
Women’s Voluntary Service for civil defence was established in 1938 by Lady Reading for the enrolment of women for Air Raid Precaution Services of Local Authorities, but after war broke out the service was renowned for any job needed doing, it was done, which included a whole host of war work by the women volunteers.
The WVS played a key part in the evacuation of civilians and children from urban areas, collecting clothing required for the needy, known as "Bundles for Britain", When troops returned to ports after the evacuation at Dunkirk, members of the WVS were there to greet them and hand out food, drink and warm clothing.
By the time of the Blitz, women in the WVS were adept at providing food and drink around the clock. While ARP wardens and firemen fought the fires, women in the WVS set up mobile canteens to keep them refreshed, thus placing themselves in serious physical danger with collapsing buildings a constant threat. When the raids ended, the WVS also played a part in looking after those who were injured and had lost their homes. Records indicate that the WVS dealt with and helped over 10,000 people every night of the Blitz, in the streets and at rest Centre’s around London; but working so near to the Centre of the bombing inevitably led to casualties, 241 members of the WVS were killed during the Blitz and many more were wounded, 25 WVS offices were destroyed, but these women continued to work on.
Needless to say, I have only touched on the work of the WVS and WRVS during and after the war and into the present day.
The BEM or its official title ‘The Medal of the Order of the British Empire for Meritorious Service’ is a hard earned and prestigious order not given lightly, so I am sure this wonderful woman’s group will prove to be a great research project, as no research has been done on this lady who served during the war and for a good many years after.
All three medals are in excellent condition and mounted on a brooch back bar to be worn. Lastly on her medals still resides her WW2 WVS Civil Defence badge, this is also in very good condition.