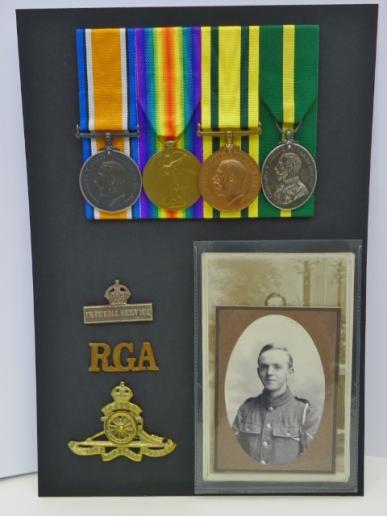 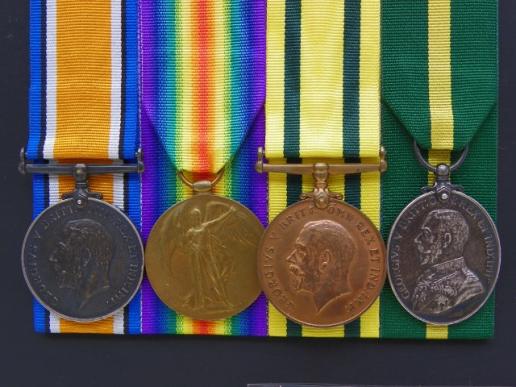 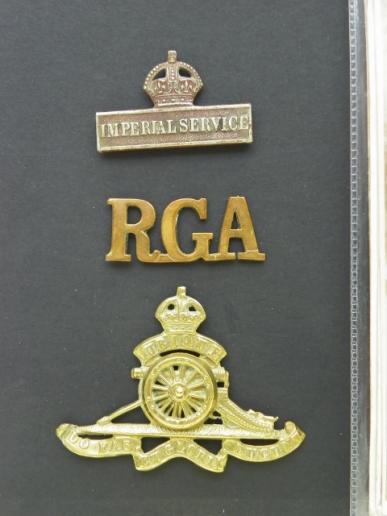 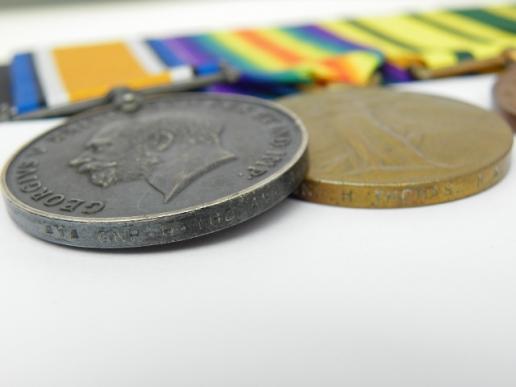 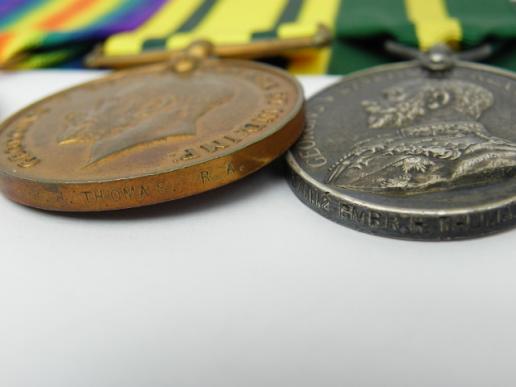 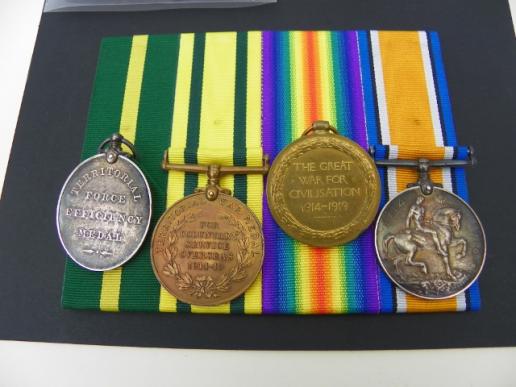 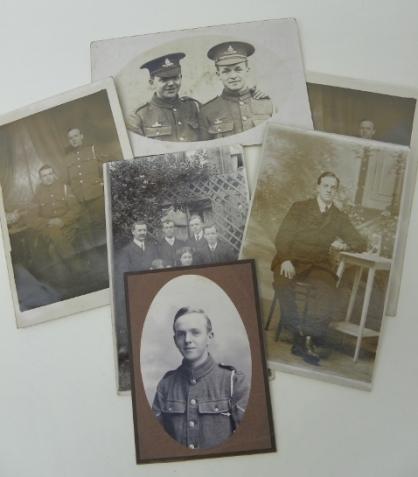 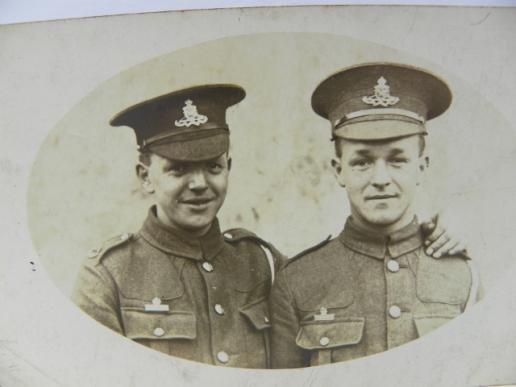 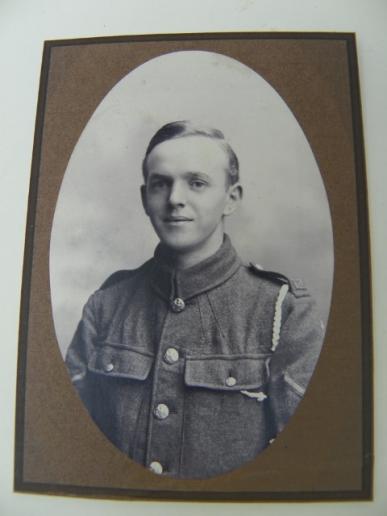 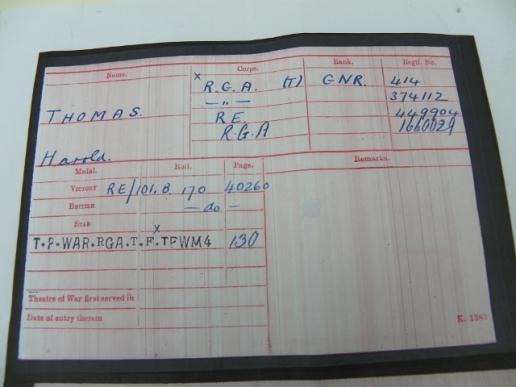 An outstanding territorial medal group of four comprising of the British war and Victory medal pair correctly named to 414 Gunner Harold Thomas Royal Artillery. The Territorial War medal correctly named as pair to Royal Artillery and the scarcer Territorial Force Efficiency medal correctly named to 374112 Bombardier Harold Thomas Royal Garrison Artillery. Also included are his original territorial force badge and various photos of Harold in uniform and civy’s.
For the most part, this group is un-researched, but it comes with a copy of his medal index card, this confirms his medal entitlement and gives various number changes throughout the war where he was transferred, at one point he was transferred to the Royal Engineers, unusual for a long serving artillery man, so it may be possible he did some kind of special service.
All medals are in excellent original condition and they now come court mounted with his photos and badges ready for framing or display.