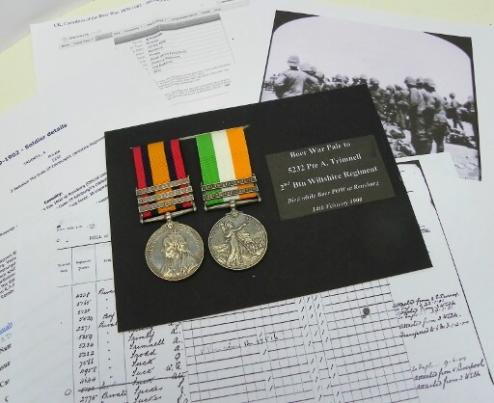 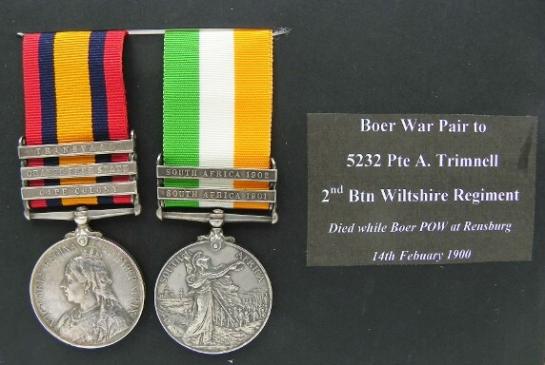 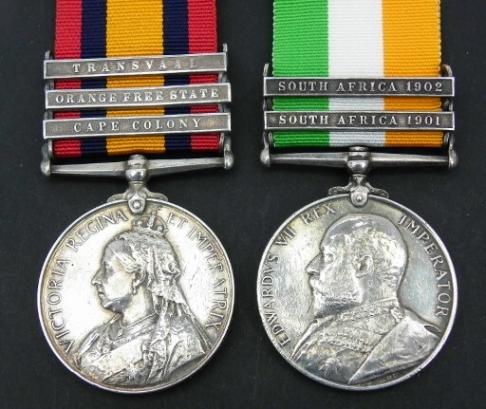 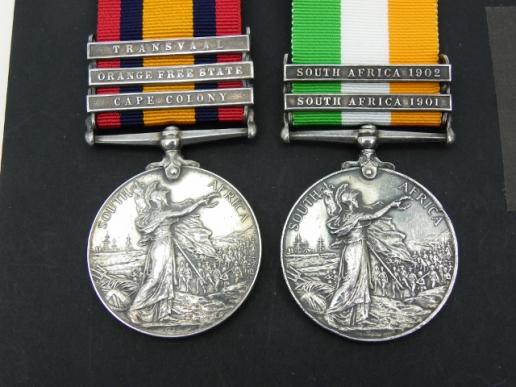 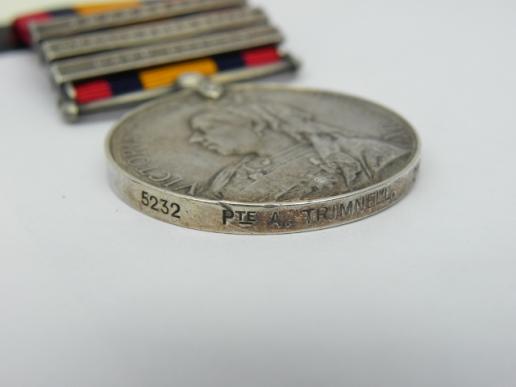 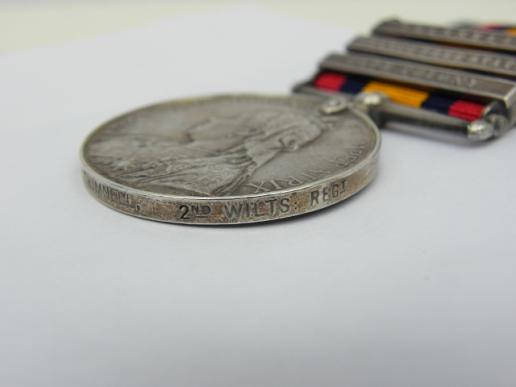 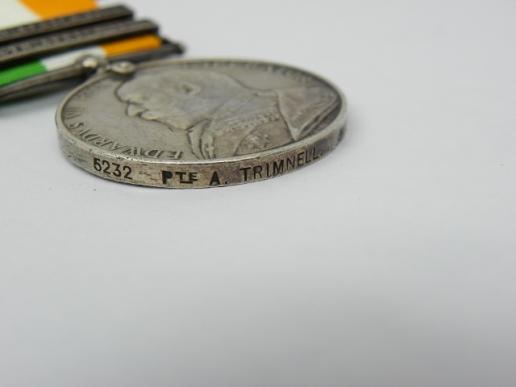 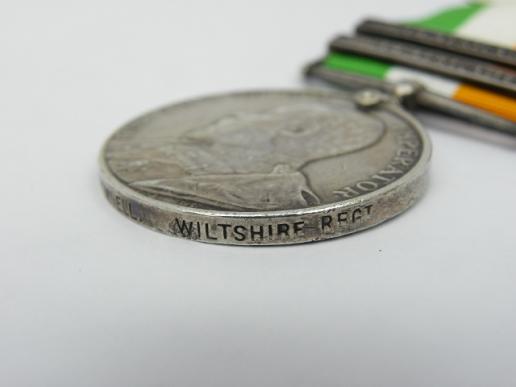 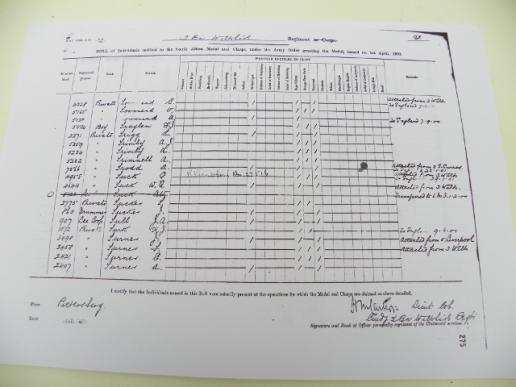 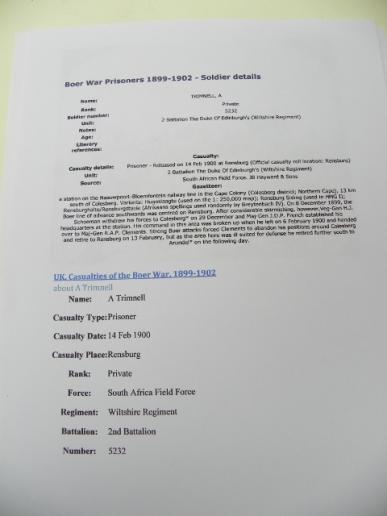 A scarce Boer War Queen South Africa and Kings South Africa pair to a man who died while a Boer prisoner of war.
Both medals are correctly named to 5232 Private Albert Trimnell of the 2nd Battalion (The Duke of Edinburgh's) Wilshire Regiment; the QSA has three clasps, the Cape Colony, Orange Free State and Transvaal; the KSA has the South Africa 01 & 02 claps.
Upon arrival, the 2nd Wiltshire’s were with the 12th Brigade under Major General Clements. The brigade was used as an independent force dispatched to the Colesberg district, they were soon on the defensive against Boer raids once the cavalry were withdrawn to be used to use in the relief of Kimberly. They were assigned to defend an exposed position at the town of Rensburg where they met some very heavy fighting, the 2nd Wilts lost 14 men killed, 57 wounded, and more than a 100 taken as prisoners, of which private Trimnell was one.
The Boers were even less prepared for prisoners of war than were the British. The first crop came in the first few days of the war, at Kraaipan. Officers were held at the State Model School in Pretoria and NCOs and men were held separately at Waterval, north of Pretoria, in the Transvaal region.
Most of the time the Boers just let their prisoner go after a couple of days, the Boers stripping the prisoners of their boots and equipment, those that were held were kept in pretty poor conditions in a barbed wire enclosure with little if no shelter and food and water were scarce so the handful of British prisoners that did die in captivity (only 97) died of disease or wounds suffered in the action they were taken prisoner, unfortunately there is no record to say in which circumstance Albert Trimnell died.
Both medals are in very good condition, the KSA has a light edge knock over the ‘W’ of Wiltshire, but it’s not unsightly and doesn’t really affect the value.
A very interesting pair well worth further research, one of only 97 POW’s who died in captivity. It comes with the Boer war medal roll confirming his medal and clasp entitlement, his entry in the casualties of the Boer war list and the Boer War Prisoners 1899-1902 - Soldier details.