Manwood's public school was and still is based in Sandwich Kent, as with all public schools when war came they trained their young men to be officers and the officers proudly carried their swagger sticks.
This example has the schools arms with Manwood OTC under, it has a bendy Bamboo cane with white metal mounts,

comes in very good condition, one dent and some dings to th... read more 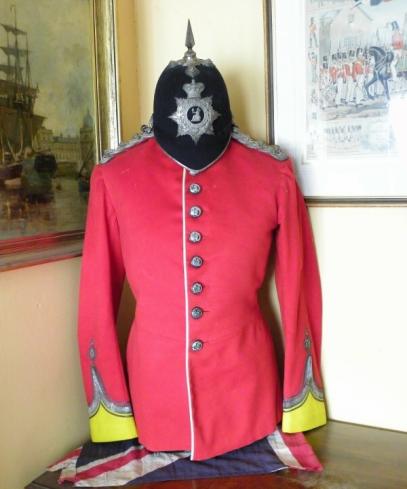 
A very rare full dress uniform for an officer in the 2nd volunteer battalion Norfolk regiment, it comprises of the blue cloth home service helmet, this has all silver fittings including its original helmet plate; it has the owners name as ‘Arnold’ inside on a paper label, I have tried to research this officer but there are a couple of possibility’s with the same name; the helmet is in e... read more 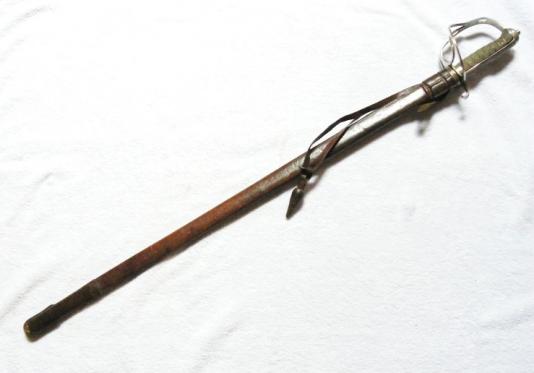 
A fabulous Great War era Artillery officer’s sword made by Hobson of London and it carries the relevant proof mark. It has a beautifully etched blade showing the royal cypher, an artillery gun and the title ‘Lancashire Brigade’. The condition is excellent apart from a little wear conclusive of its age it is about as perfect as you are going to get an officers sword of this age. The orig... read more 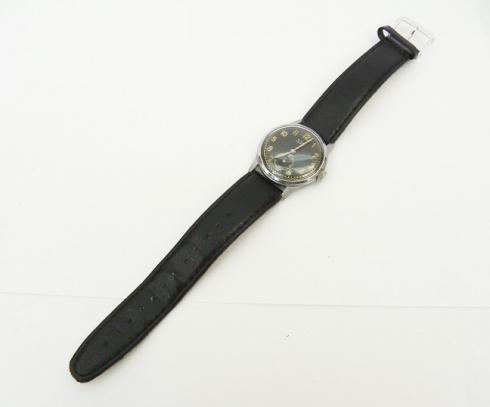 
A genuine Luftwaffe issue watch, issued to air crew during the 1930’s and second world war. It has a very good Swiss movement made by Titus of Geneva, black face with luminous numbers and hands, plus it has a second dial for seconds all in a stainless steel case. On the back of the case is the issue number, the ‘D’ prefix indicates it is Luftwaffe issue, in this case the number is D8012... read more 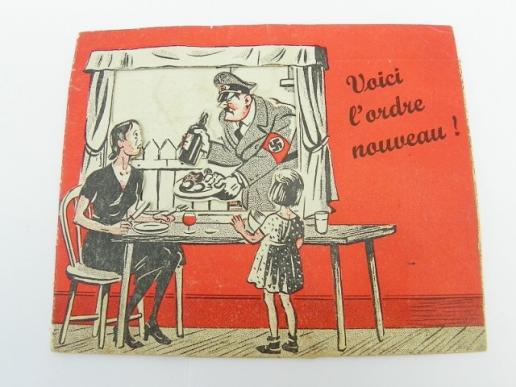 
This is a rare little piece of WW2 ephemera, publish by the Free French, it shows how Hitler’s occupation of France, was taking the hard earned food and wine from the French people, and putting it in the fat bellies of his army’s. What makes this piece even more unusual it comes in ‘pop up’ form, giving it a 3D effect; amazingly it has survived in good condition, it isn’t mint but it is... read more 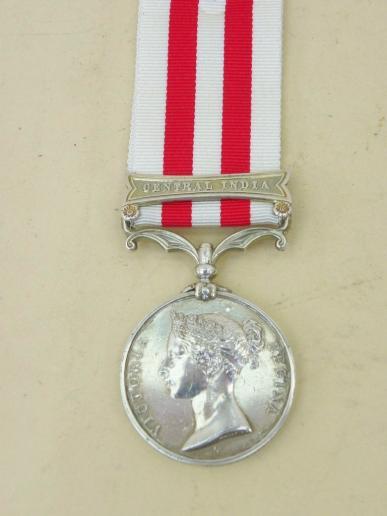 A superb example of this medal correctly named to 3907 Drummer A. Taylor. 95th reg. it comes with its original Central India Clasp.
This medal was awarded officers and men of British and Indian units who served in operations in suppression of the Indian Mutiny of 1857.
Soon after the Crimean War ended the Sepoy Rebellion broke out in India in 1857. The 95th Regiment was on its way... read more


This is just about the largest version of this kind of POW beadwork snake you can find, it measures a massive 7 foot long and is in very good condition, on the belly of the snake it has ' Turkish prisoner 1917'. Very clean with only a couple of small losses on the beads.
read more 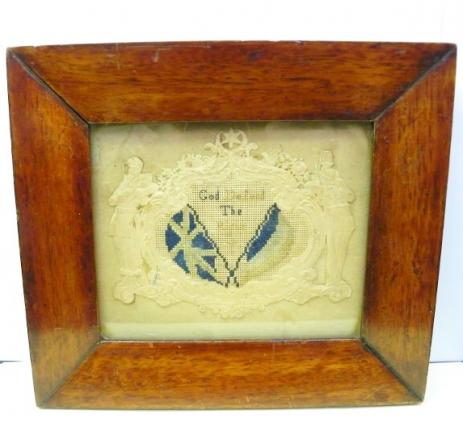 Crimea era Paper Sampler from a Young Girl to Her Father


A paper sampler which could be store bought was probably embroidered by a young girl at the time, the paper is punched with holes for the little girl to follow and these were sold in all sorts of subjects and sizes. This one is commemorating the Crimean war, my pictures don’t really do this piece justice but to each side of the embroidery stands a soldier and the centre is embroidered ‘... read more 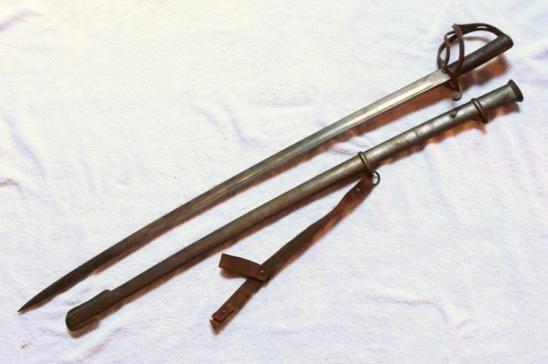 
A wonderful example of this type of sword, issued just pre the Crimean war, this was the first sword that was issued to both light and heavy cavalry and when the 1864 pattern was issued to regular cavalry, these were mostly passed on to the yeomanry regiments.
This one is in very good untouched condition and could do with a light clean, there are no major dings and dents to the s... read more